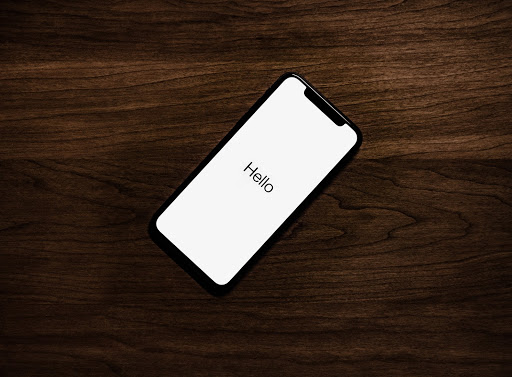 Two of the world’s tech giants are facing one another down over a controversial issue: User privacy.

At the center of the issue is Apple’s upcoming iOS 14 release. It includes a feature called App Tracking Transparency, which asks users’ permission before allowing apps to track user behaviors.

Facebook took out a two-page ad saying it is “standing up to Apple.” Apple CEO Tim Cook replied with a 47-word tweet explaining the company’s position: users should control who tracks their data.

Advertisers and e-commerce brands that rely on ad-tracking technologies are stuck right between these two tech behemoths. Ultimately, this conflict is going to set a precedent for the future of user tracking and privacy for the entire internet.

What Is Changing and What Isn’t

It should be obvious that both Facebook and Apple have considerable interest in convincing you that they’re on your side. Both companies have much to lose if they alienate some of their most profitable users.

This means that advertisers and e-commerce brands need to look beyond the rhetoric and understand what Apple’s iOS 14 release is actually going to change – and what it won’t change. We’re going to cover what advertisers need to know about iOS 14, app tracking transparency, and the future of digital marketing.

Apple’s new User Privacy and Data Use rules will require users to explicitly allow apps like Facebook to track their actions and behaviors. If iPhone and iPad users opt-out of this option, it will potentially limit advertisers’ ability to reach them based on personalized targeting criteria.

Notably, this change doesn’t impact fraud detection or security data. It also doesn’t impact data from an app linked to a third-party solely on the user’s device if the data is not sent off the device in a way that can identify its user.

Facebook maintains that small businesses will suffer a massive cut in sales for every dollar they spend. It’s certainly true that these changes will impact attribution – businesses will see fewer people converting because Facebook’s tracking capabilities will be limited. However, that doesn’t necessarily mean that conversions aren’t happening.

At the same time, Facebook itself is responding with technical changes to its ad-targeting algorithms that will help advertisers and e-commerce brands remain profitable. These changes hurt Facebook more than they hurt its users, though – which explains why the social media giant is complaining so loudly about them.

Understand the Controversy: 3 Acronyms to Know

The conflict between Facebook and Apple boils down to three technologies:

This is a unique Apple ID that every iOS device has. It persists across user applications and allows advertisers to personalize in-app ads. Android devices have a similar ID called the Google Play Services ID (GPS ADID). These identifiers work the same way browser cookies do, except they are confined to apps running on a particular device.

This is distinct from (but similar to) the ID for Vendors (IDFV), which can be used for analytics across apps from the same content provider. Apple doesn’t let developers combine IDFVs with other data in order to track users across apps owned by other companies without user permission.

Apple’s SKAd Network is a set of tools that govern how applications and advertisements work together. These tools have oversight over the way application development, operation, and management interacts with advertising.

Apple’s plan for iOS 14 is to have its SKAd Network mediate app installs that occur through in-app advertising. This means that Facebook will have less visibility of the apps that Apple users install and run. By extension, advertisers and e-commerce brands will have a harder time targeting users who install certain apps (at least on Facebook).

This is Apple’s new user privacy feature. It is a universal system prompt that asks users to confirm whether apps can track their activity across other apps and websites. This is the feature most likely to impact e-commerce brand profitability, especially if you rely on Facebook Pixel and similar technologies for ad targeting.

Developers will now use Apple’s App Tracking Transparency framework to request user permission to access the device’s advertising identifier. Every application must have a purpose string that explains why the app would like to track the user. It’s easy to see why Facebook is taking such a robust stance against Apple on user privacy. It claims that the average small business advertiser stands to see sales drop by 60% for every dollar spent. It wants to position itself as a pioneer for small businesses and advertisers, but it’s worth examining the tech giant’s actions before taking its words at face value.

For example, Facebook is tweaking engagement measurements so that advertisers cannot track more than eight types of in-app user actions that reflect ad targeting effectiveness. The tool Facebook uses to maximize revenues generated from ad targeting by predicting how much any given user will spend in an app is also undergoing technical changes. It is also changing the way dynamic ads, performance measurements, and developer APIs work in relatively minor ways.

Given this information, advertisers and e-commerce brands can’t just sit idly by. Everyone who uses Facebook to advertise to users will need to make a few important changes to the way they do business. As a small business advertiser or e-commerce brand, there are a few things you need to do to prepare for upcoming changes to user privacy. Taking these steps will ensure your business is better positioned to respond to these changes as they occur.

It’s important to recognize that you can still track activity from iOS users who opt-in. To do so, you must verify your domain using Facebook’s Business Manager. This allows you to configure conversion events tracked on other domains. Follow these steps:

Once verification is complete, you will be able to optimize your conversion tracking capabilities for users who opt-in. Next, you will have to prioritize your eight conversion events.

Every domain will be limited to eight conversion events on Facebook. These in-app user actions reflect ad targeting effectiveness. Facebook has stated its intention to track purchase events even for users who have opted out of app tracking transparency. But advertisers are still limited to eight events for users who opt-in.

This will make remarketing difficult and present challenges to custom conversions for e-commerce sites that rely on analytics. Advertisers are going to establish a set of event priorities and switch between them as needed.

You should also ensure your product catalog feed is optimized for Dynamic Product Ads (DPAs). Prepare to manage catalogs on a one-conversion-per-catalog basis.

Value Optimization is the tool Facebook uses to maximize revenues generated from ad targeting. It uses machine learning to compile user data and estimate the individual value each user represents when bidding for customers.

Unsurprisingly, this tool is undergoing some changes. Merchants who have it enabled already will find existing values automatically transferred to Facebook’s Event Manager and assigned based on historical data.

Merchants who run advertising from a Campaign Budget Optimized (CBO) position with Value Optimization enabled will not need to make any changes here. If your ad account is new or you are used to bidding manually, you should expect to set Value Optimization manually.

4. Establish Your Own Benchmarks for Delayed Attribution

Many organizations in the e-commerce world are already prepared for the user privacy-centric changes to the way the internet works. They have taken the time to download ad performance data and pull it into a spreadsheet for further analysis.

You can predict the value of your ads by calculating the delayed attribution multiplier of your campaign. The formula is simple. All you have to do is divide 28-day click revenue by 1-day click revenue. The greater the delayed attribution is, the higher the multiplier becomes. Now more than ever, being able to make accurate predictions of this kind is incredibly valuable.

Ultimately, Facebook is just one platform out of many. Although it is the biggest and most profitable one available today, it will have to adapt to a changing marketplace. Apple’s iOS 14 privacy update may incentivize businesses to diversify their direct-to-consumer marketing initiatives.

Facebook still offers an incredibly valuable advertising platform to small businesses. Advertisers may now start augmenting their strengths with a diverse range of technologies and platforms. Consumer communications that operate on user consent – like on-site email and SMS capture – are likely to offer additional value to advertisers targeting iOS 14 users.

Google could very well take center stage for demand generation, too. The company is likely to have a far easier time navigating the world of user privacy than Facebook. Google Maps, Google Shopping, and YouTube are so useful that many users will opt-in when prompted, allowing their data to influence the content they consequently interact with.

Advertisers and e-commerce brands still need to optimize their Facebook strategy to accommodate the new user privacy rules. Facebook has stated that it will have API updates ready by mid-January 2021, giving developers their first opportunity to incorporate these changes into their Marketing, Ads Insights, and Targeting endpoints. We’ll be paying close attention to upcoming developments in the field and helping brands adjust accordingly.