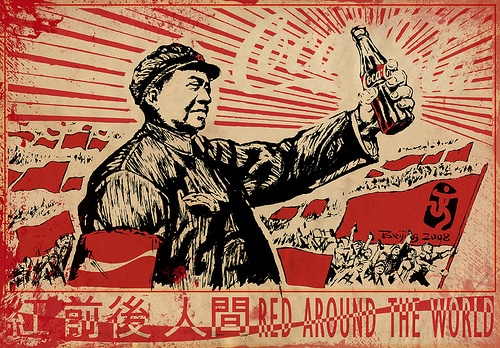 In an increasingly global world, it’s not unreasonable to believe that some tactics used in developed markets will be successful in China. But it’s also important to recognize that new trends or even new uses of familiar tactics make every market different, a fact I was reminded of after moving to China three months ago.

For example, advanced analytics tools for monitoring the social media space will dramatically change the approach to social media and the value placed on it by marketers—once they arrive in emerging markets–just at they did recently in developed markets. The expansion of market leaders like CIC, a digital media research and consulting firm in Shanghai, will help drive this change.

China’s digital marketers can skip some of the mistakes made in other more established markets as they go through a huge digital growth spurt and probably develop new tools (and associated mistakes) on their own. I expect the same thing to happen with some tactics.

As a westerner living in Shanghai, I’ve certainly had to re-evaluate what I understood about China, including the way to approach digital marketing when taking on the world’s largest internet market. Here’s what I’ve figured out so far:

1. There is plenty of life beyond Facebook, Twitter, and YouTube.
And that’s a good thing, since these banned sites are non-players in the Chinese market. Although the social media space is fragmented, there are major players with hundreds of millions of users that rival even the biggest players.

Although a myriad of players exist in this complex social media space, start by learning about platforms like Kaixin (social network), Sina Weibo (micro-blogging), Youku (video sharing), and QQ (instant messenger). Re-learning the platforms can be challenging, but is possible for non-Chinese speakers by accessing them through Google Chrome with its automatic language translation function. The brand communications principals behind authenticity, transparency, and value in social media still apply, though.

2. Bulletin board sites (BBS) thrive in China.
BBS culture formed the foundation of the social web long before there were social networks in the rest of the world. They provide a rich and fertile digital ecosystem of like-minded people aligned around online communities, physical communities, common passions or needs, or even groups of friends or individuals. Arguably the largest social platform (in aggregate), they provide unique insight into the Chinese consumer and should be addressed in any comprehensive digital marketing campaign.

3. Forget leveraging a user’s social profile (for now).
One of the most (r)evolutionary digital enhancements outside of China in recent years was Facebook Connect (now OpenGraph) which allowed marketers to personalize digital experiences based on a user’s social profile. It allowed for new types of digital experiences that were exponentially more relevant to the consumer. This technology doesn’t exist in China yet, but keep your eye out for the first social network to release a platform like this one, as they’re sure to grow rapidly and become the darling of China’s digital marketing community. Of course they’ll still be up against the challenge of China’s internet community being wary of sharing their personal information.

4. Think mobile first for many digital users in China.
The number of people who accessed the internet on a mobile device doubled last year with the introduction of 3G services. Many of these individuals will have their first digital experiences at school, university, work, or an internet café, but their one consistent experience with the internet will be through their mobile device as opposed to a PC as they might not have the ability to own one.

5. Never underestimate the rate of change.
The rate of change is staggering and only reflective of a society that is undergoing a mind- boggling transformation into the kingdom of capitalist might while simultaneously holding firmly onto their traditional roots. China added 131 million internet users to its population between 2008 and 2009 and another 60 million by July of this year. This same staggering rate of change exists in the growth of the population and simultaneously the sophistication of the population. Expectations around the quality of digital marketing will rise more rapidly then expected.

6. Penetration may be low, but smart phones are big business in China.
Don’t base your thinking on any statistic you read as a percentage point. It’s very easy to forget scale in China. For example, China’s smart phone penetration is approaching 11%–a small number until you remember that it reflects around 180 million people. In tier one and tier two cities—the provincial capitals and main urban (and wealthy) centers—average penetration is even higher.

7. E-commerce plays a different role in China.
Mega players like Amazon and Ebay have never been able to take on domestic China offerings like Alibaba Group’s B2C e-commerce platform Taobao. China’s great rush of consumerism has driven desire for premium brands beyond the tier one cities, but consumers don’t have access to the retail outlets of top tier cities or are unable to afford their new aspirations. E-commerce players like Taobao are able to provide access to these goods across China and appear to be able to provide deep discounts not available at retail locations.

8. Don’t expect insights into people’s offline behaviors to reflect their behavior online.
In China, the internet provides an outlet for people to live an online identity that is quite different from their offline identity. Sometimes these online personas are a reaction to a repressed cultural environment due to religion, the government, or society-based traditions.

In other scenarios, it can be an opportunity to live out escapism and fulfill people’s dreams through a virtual world. Social networks in China boast games like “buying houses” and “parking lot” for example. Don’t rely on standard research and consumer insights to reach your audience as you might find unique opportunities by understanding a consumer’s online persona and how it’s connected back to their offline persona.

Digital marketing in China is at a very exciting stage in its development. It has huge scale and reach, the budgets are growing, marketers’ understanding is maturing, and most importantly creativity is emerging in new and exciting ways. Avoid some of the pitfalls and join the fray.