Freddie speaks with creative director Juan Carlos-Morales on how entrepreneurs should define success. How do you define success? Have you had to reframe what success means to you over time? It’s common for entrepreneurs to go through the journey of redefining success over the course of their career. Everyone has a different personal concept of success, and what it means on an individual level can change dramatically over time. On the Oh Ship! show, Freddie spoke with Chameleon Collective’s creative director, Juan Carlos-Morales, about what success truly means in the long-term. Let’s take a look at some of the insights that arose from this thought-provoking conversation.

How the concept of success can evolve Success is not usually a stagnant concept throughout our lives. Many entrepreneurs have one idea of what success means in their younger days, but it evolves dramatically over time.

“What success is for me today is very different from what it was when I was in my twenties,” says Juan. While working in advertising, he found himself looking up to different creative directors and imagining himself in that position. At the time, that felt like the definition of success. “When I found myself in that role for the first time, managing a close to 100-person team, I felt like, ‘Okay, I’ve made it,’” he says.

However, his career was a long way from over. “Okay, now, what am I gonna do next?” he had to ask himself.

“You have to set the goal for your career and then reset it after you reach it,” Juan affirms. If you achieve the goal of becoming a millionaire, you then face the decision of what to focus on next.

Freddie likens it to sailing toward the horizon on a ship. “You’re never really gonna get there,” he says. The destination keeps changing as you move forward.

What influences our definition of success? 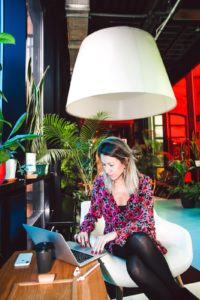 As people set out in their careers in their twenties, they often chase after the things the media and the people in their lives view as symbols of success. Once they’ve achieved those things, they typically realize they haven’t reached an endpoint—and that there must be more to success than material things.

Our parents’ background can also play a big role in how we view success, Juan and Freddie agree. Freddie wanted to show the world that he could measure up to his father’s success, while Juan wanted to show his parents that all their sacrifices were not in vain.

“They were immigrants that came to this country and sacrificed a lot, and they always told me growing up, ‘You better take advantage of my sacrifice,’” Juan says.

So what is success, really?

“Material things are definitely not a metric of success,” says Juan. People who seek fulfillment from material things usually find it doesn’t leave them feeling satisfied, he adds.

That definition of success has taken shape for him over time. “As I’ve gotten older, I think success has really been about balance and being able to reach a harmony of all of my passions and pursuits,” he explains.

Similarly, Freddie views success as truly enjoying life and being able to do the things you want to do, not just the things you have to do. “I’m starting to really value finding a better work-life balance,” he says.

As he sees relatives getting older and thinks about his own father’s legacy, Freddie also feels more focused on how his life has influenced others. “I think I just want to be remembered for leaving an impact on some other people’s lives,” he says.

We all want to feel that all our hard work amounted to something, too—that it has lasting meaning, says Juan.

It’s vital to consciously define success for yourself rather than mindlessly chasing after a goal that isn’t truly meaningful to you. Most of us know very successful people who have never felt satisfied, Juan points out. Because they’re caught up in the daily “rat race,” they haven’t developed a clearer perspective of what true fulfillment means for them.

This is the perfect time of year to take some time to reflect on what success means for you. What does having a successful year mean to you in 2021? And a successful life? Only you can answer those questions, but we hope these insights from Juan and Freddie have helped!