In 2022, it’s no secret that content is king. Bill Gates coined the phrase way back in 1996, citing that content would be the linchpin of modern marketing and thought leadership—and he was right. Marketers know this now, of course, but what was it like being among the first to ride the digital content marketing wave and help to transform it into the profitable business model it is today? We wondered this too, and our recent Oh Ship! Show guest Trevor Kaufman shared some insights. 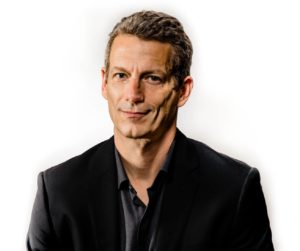 Trevor’s career goes back to the early days of digital marketing before content became the behemoth it is today. He was the founder of digital agency, Schematic, before becoming the CEO of Possible Worldwide. He currently serves as CEO of Piano, an analytics and activation company that helps companies understand and influence customer behaviors. Trevor has grown the company to include more than 18 offices and 660 employees around the world.

Trevor’s priorities today center on creating customized experiences for users through content. Piano powers content on multiple publications and websites to help companies make sense of what their users are reading and engaging with. Or, as Trevor puts it, “the commercial layer on top of content.”

Laker: You say you “replumbed” online media. What inspired you to seize this early opportunity to contribute to our current content marketing fundamentals?

Trevor has been in digital media for years and thought there would be some type of new business model for online content, but instead, he found a system riddled with fundamental problems that made it hard for businesses to make heads or tails of their content marketing potential.

Many people start their day by reading an article or two online. Everyone reads articles. So I wondered, `How do you make this behavior work better for the publishers?’”

Trevor shares that there’s been a real shift to quality in media driven by readers. There’s a growing distrust of the media these days. Many people feel that independent media doesn’t have much life left in it, to the point where it might go the way of travel agents. Helping publishers to better understand their readers and create custom experiences based on the content they consume may help to restore trust.

“I remember having a conversation with some people at Medium who said, ‘Should newspapers really have their own website? They’re not good at designing them, running them, or monetizing them. You know, we’re really good at that. It would just be better if individuals bought directly from writers.’ And this idea that editorial organizations didn’t have a place in the world seemed very destructive. Independent media has an incredibly valuable place in the world of truth.”

Trevor’s driven by his purpose in helping to support independent media. He first thought about the vision, then the strategy to make it happen. “I think that we’re very fortunate in that we picked something early on where we felt like we were helping. Independent media deserves great technology tools. It’s important to ensure the competency and survival of that as a sector. And so, when we at Piano think about going into new markets, we tend to focus on online activities where we can do better for the company. We want to optimize those interactions, give customers more transparency, and create more agile experiences for the end-user. Starting with purpose was important to us.”

Laker: What do you think has changed the most for publishers over the last five years?

One of the biggest notable differences is the increased emphasis on reader revenue. Trevor notes that there was a point when no one thought The New York Times would reach a million subscribers. Yet they now have over 10 million!

“The New York Times now wants to be seen as an indispensable subscription for media consumption. They want us to witness their acquisition of everything from mortal to the athletic as evidence of that. Whether you’re America’s Test Kitchen, Digiday, TechCrunch, The Wall Street Journal, or a variety of publications, if you have something that is of unique, demonstrable value, you can build a great subscription business out of it.”

This is a very different view of article and content consumption than we had five years ago when people had this idea of subscription fatigue, something Trevor feels is a nonsense idea.

“Back when people subscribed to magazines in the 1980s, the average number of magazines you subscribed to was eight. I think there’s a lot of room for the content subscription economy. We’re seeing it in connected television, where there are a lot of multiple subscriptions. And as those things add up, they’re still largely cheaper than the consolidated capability.”

Laker: What are the biggest challenges publishers struggle to address today?

Trevor sees a lot of publishers fixated on their technology challenges, especially now that third-party cookies are going the way of the buffalo.

“I think a lot of publishers have historically struggled to understand the reader, and they fear that might only get worse without third-party data. But I don’t think it will. I think people will volunteer more data than they have historically in order to kind of take more control over their advertising preferences and personalization. Assembling the data, which comes from a CRM or CDP system, a web analytics tool like Piano or Google, their transactional data, and data about the content they’re publishing, will allow them to form closer relationships with their audience.”