20 SepOh Ship! Networking as an Entrepreneur

Learn the key dos and don’ts of networking from Freddie and Ben.

“You know you’re an entrepreneur when you were speed networking at nine years old,” Ben jokes. It’s an integral part of your role, and for many people, it comes naturally. 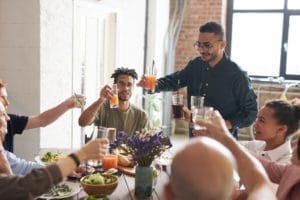 However, even highly social people can make huge blunders in their networking efforts. If you don’t steer clear of some major pitfalls, it can quickly become awkward or a waste of your time. Let’s take a look at some networking best practices that will help you make a great impression every time.

Know the dos and don’ts of messaging.

Automated messaging can help you scale up your ability to reach your audience, but only when used carefully. Here are some common mistakes:

Not proofreading your work. This looks sloppy and unprofessional. If you want your audience to trust you, show attention to detail!

Not using dynamic insertions well. This can lead to missed opportunities by failing to target the audience’s specific preferences.

Including too much text. “When you’re reaching out to someone on LinkedIn or through email, keep it short,” says Freddie. “Really busy people do not want to read your essay that you’ve sent them.” High-level people probably won’t read past the first sentence if you don’t hook them there, he adds.

Sounding too self-important. Don’t describe yourself as a “guru” or another grandiose term. “I had somebody email me saying that he was the golden ticket,” says Ben. Such claims are counter-effective because they sound delusional.

LinkedIn is a great platform for finding and messaging contacts. Just follow those guidelines to make a good impression.

You could focus on building a lot of weak connections or a smaller number of strong connections with people who have a lot to offer. Focusing on building relationships with a handful of high-value people will prove much more valuable than having a lot of followers you don’t really know.

They may have great advice for you based on experience.

They may have a high social status.

They may want to invest in your business.

They’re a person you genuinely respect and want to work with.

“I’ve always been a believer in building strong, deep connections with people that I really respect and appreciate,” says Ben. “I’ve always believed that putting time and effort in building those relationships is more important than having thousands of weak relationships. When I pick up the phone or introduce people, they know I’ve actually thought about it, and they take the intro seriously, whereas if you do a lot of shallow networking, the bonds you’re creating are not as strong.”

Freddie is selective about who he interacts with at large gatherings. “When I go to events, I find two or three people that I connect with. Frankly, I also don’t do business with people I don’t like anymore,” he says. “If you say ‘no’ to the people you don’t want to work with, you create more opportunities for yourself.” By doing so, you free yourself from distractions while investing in meaningful relationships.

Setting up a dinner with seven or eight people from different backgrounds can be a great way to network. It positions you as someone who has many connections and is well respected. Others appreciate the chance to connect, and they see you as a connector, which builds your personal brand, Freddie points out. Don’t focus on business in these conversations—instead, focus on getting to know one another on a human level. “At the end of the day, it’s about building a relationship; that’s what you’re trying to do when you’re networking,” says Ben. He has many fond memories of talking into the middle of the night with people he’s networking with.

Find a balance between being fun and responsible. “There’s a fun version of you and a too-fun version of you,” says Freddie. “That reputation can start to precede you.” Be very conscious of protecting your reputation so you don’t inadvertently present yourself in a negative light.

Whether networking comes naturally to you or takes a lot of effort, these tips will help you cultivate meaningful relationships. Keep these points in mind, and you’ll get great results from your networking!