Through Beyond Barriers, Nikki is launching a novel approach to empowerment and disrupting the traditional idea of coaching, making executive-level training accessible to more women.

Nikki Barua is the co-founder and CEO of Beyond Barriers, which democratizes access to executive-level training. “My journey has been all about turning obstacles into opportunities,” she says. Nikki grew up in India, and twenty years ago, when she arrived in the U.S., she had nothing but her suitcase. Though she felt like an outsider in the corporate world and faced numerous obstacles, she also found tremendous opportunities.

After establishing a successful career, she decided to embark on an entrepreneurial venture. “I faced 300 rejections, failed 11 times consecutively, but after the twelfth try, I built up a global multimillion-dollar company,” she says. She wrote a best-selling book, she’s been featured in Fortune and Forbes, and serves as a public speaker. Her journey underscores one crucial lesson: “It’s all about how you look at obstacles, and when you turn them into a stepping stone for growth, that’s what opens up the next level of success.”

What holds women back?

As she rose the corporate ladder and pursued her entrepreneurial career, Nikki often found herself the only woman in the room. “There were so few women at the table where I was,” she says. “There weren’t enough women at the top.”

She started digging into this issue further. “It’s really the mid-career where the biggest drop-off happens. And if women could have the resources—the right kind of coaching, guidance, and the tools and strategies that would help them advance in their careers at the early to mid-career stages, you would grow the pipeline of leadership to the top,” she says. 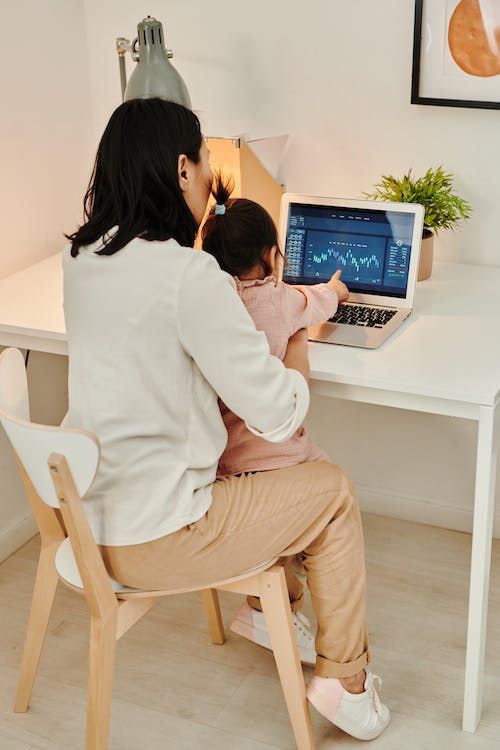 While great coaches indeed do exist, they don’t reach a broad range of women, Nikki explains. She set out to democratize access to this coaching so every woman could find her voice, purpose, and power.

At what stage does Beyond Barriers strive to reach women?

Women go through life changes like marriage and motherhood during the mid-career stage. “It’s also where you go from individual contributor to a leader, and that’s the stage when you need the most support and guidance,” says Nikki. 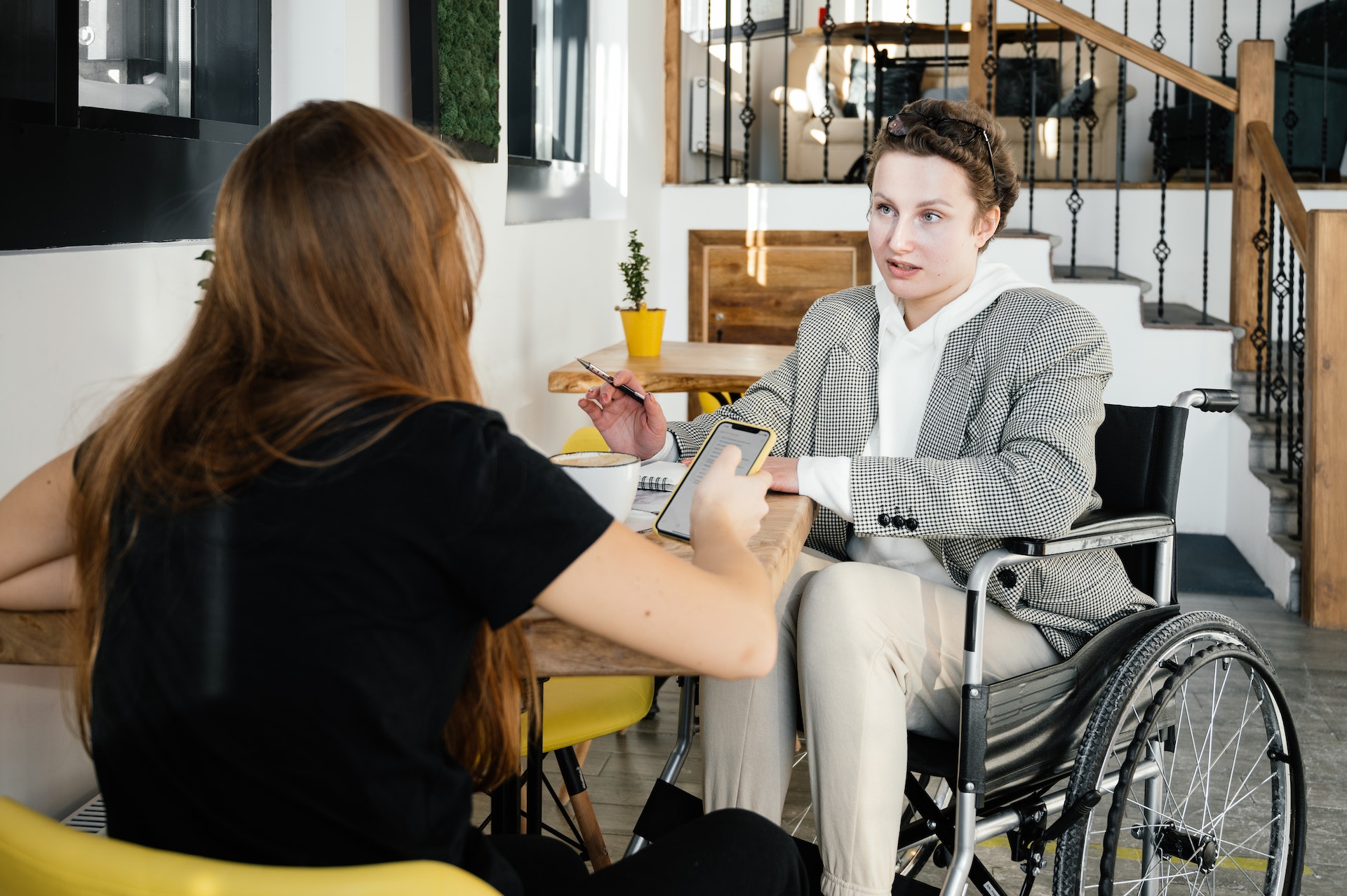 Beyond Barriers empowers women in these three areas, giving them the strategies to stand out and differentiate themselves. She describes their coaching as a systematic how-to guide that explains how to overcome 150 different challenges that hold women back.

How did launching in a crisis affect their work?

Beyond Barriers launched just a few weeks before the world began shutting down in the pandemic. “There’s no better time to start a business than at the worst time,” Nikki says. In her previous business, she’d launched on the heels of a recession. She explains that it pushes you to become as lean and focused as possible while lending the freedom to experiment at speed. After launching in February 2020, their plan for going to market fell apart. “We had to pivot very quickly, but it also gave us a different way of making a difference at a time when the world was in shock, and women were disproportionately more affected by the pandemic, and here we were—we were in a position to help,” Nikki says. They offered scholarships, conducted free pilot programs, and launched a podcast, all of which proved highly effective.

“What challenges offer you, whether it’s a recession or a pandemic or other setbacks, is that the pain becomes very, very clear,” Nikki says. “It rises to the surface, and it’s almost easier for you to align your solutions or your services or products to that.”

What sets them apart from the crowd?

Coaching at scale requires a framework-based approach. A large company might have 20,000 or 30,000 people who could benefit, and hiring individual coaches may provide inconsistent results, as each has its own method. Thus, Beyond Barriers focused on creating a well-defined framework and methodology that addresses the challenges women face and how to cultivate the skills and mindset to accelerate to the top. “Based on that framework, we’ve identified 25 essential elements that either become barriers or become accelerators,” Nikki says.

Because social learning is extremely powerful, they train women in cohorts led by coaches trained in their methodology. “They have a deep sense of belonging and a safe space where they can share and be vulnerable,” she says. 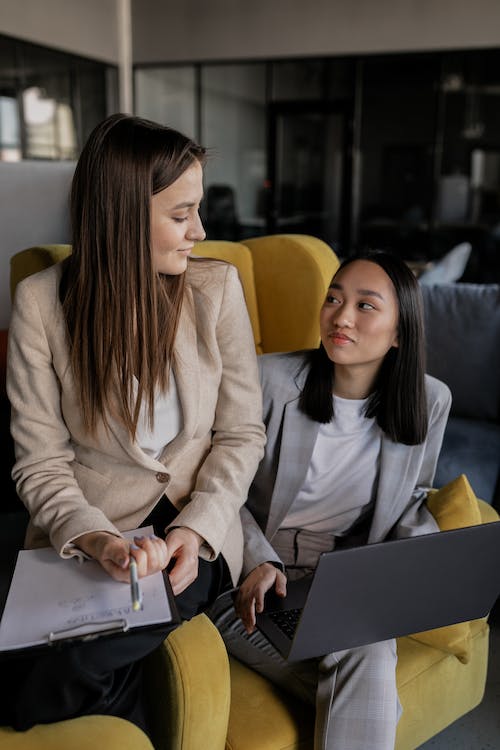 What challenges has she experienced in her career journey?

In 2008, Nikki lost everything due to the market crash and the death of her partner. But she zeroed in on what shaped her as a person and realized that happiness couldn’t hinge upon external circumstances. She knew that overcoming obstacles is the only way to reach the next level. “The only way to overcome them is to become bigger than your problems.” She continues “And then you get to level two, and your problems just get even bigger, and you have to have even better strategy.”

How does she help people cope with systemic barriers?

Nikki and her wife, Monica Marquez, launched Beyond Barriers together. Both from immigrant families, wanted to do something that empowers marginalized communities on a broad scale.

Systemic barriers are genuine, but we must focus on what we can control, Nikki emphasizes. “The biggest barrier is internal. It’s the things that we put on ourselves that hold us back,” she says. “All success begins, in my mind, with taking 100% accountability for your outcomes. When you shift from being a victim or feeling entitled to taking absolute ownership of anything—good or bad—in your life, it’s the first step toward that transformation.” You then take action, identifying the skills, resources, mindset, and mentors you need to succeed. “When you start to take 100% accountability, it completely shifts the results you’re able to achieve, and frankly helps you navigate through those systemic biases as well, because you don’t make it a reason why you’re being held back,” she says. “You look at it as, well, there may be an obstacle, but I’m gonna go around it, over it, under it; but I’m gonna find a way.”

Though she may be the poster child of diversity, she never viewed her identity as holding her back. “I actually saw it as an advantage that sets me apart and gives me even more impetus to overcome the barriers, and also the privilege and responsibility of being a role model for so many others,” Nikki says. “You can’t let any barriers hold you back.”

What formative moments shaped her?

When she was a child, her dad collaged women leaders and put her photo in the middle. She started learning about these women and felt like she belonged among them. Then in high school, she became a student body leader, which taught her the power of helping people believe in a collective vision. “It also taught me early on that most people are looking for certainty. And the person who is most honest in the room and has the greatest degree of certainty automatically becomes the one that people choose to follow,” Nikki says. This experience pushed her to delve into where she derived her certainty and conviction from.

What does going beyond represent to her?

The idea that we all have limitless potential has guided Nikki throughout her life. “You have to be curious and humble and hungry to go after it,” she says. She lives by the concept of limitlessness and believes all women can share in this mindset.

As a society, we have limitless opportunities to create an inclusive and innovative world forged in understanding and dialogue, she asserts. “Ask questions, get curious about someone else’s experiences, seek to understand,” Nikki says. By finding our many commonalities and genuinely listening to one another, we can transcend the fear of difference and maximize our potential as humankind.