Working at AOL in the late 1990s, I watched countless innovative companies crumble after being acquired. Trailblazers like Spinner, Netscape and Bebo either completely disappeared or became a mere shadow of their former selves after AOL forced them to operate within its bureaucratic structure. AOL’s processes killed the entrepreneurial spirit of the startups it acquired, so those deals ultimately had no winners.

The Walmart acquisition of Jet seems very different from my AOL experience. Walmart is actually encouraging Jet to maintain its entrepreneurial spirit with the intention of leveraging Jet and its executives to transform Walmart’s entire digital business. The successful results of this approach are staggering. Here are just a few of Walmart’s recent accomplishments:

Given this deal’s overwhelming impact, it almost feels like Jet acquired Walmart.com , not the other way around. Jet president Liza Landsman offered me a bird’s eye view of how the companies are settling in post-acquisition. 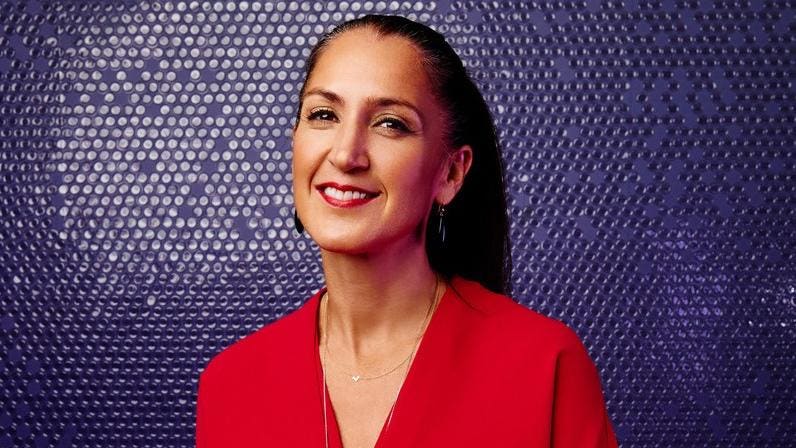 Veronika Sonsev: What’s it been like at Jet after the Walmart acquisition?

Liza Landsman: Jet has always been an innovative place to work. With it’s open office environment and pool table in its signature purple, the company looks like a typical startup and buzzes with positive startup energy. And Jet has always innovated on culture just as much as it innovated on the business. For example, we not only have “take your children to work day,” we also have “take your parents to work day.”

Walmart committed to preserving everything that worked at Jet pre-acquisition and simply let Jet be Jet. Walmart CEO Doug McMillon said: “What do we do to make sure we don’t hug you too tight? How do we make sure we don’t slow you down in any way?”

And with every opportunity it gets, Walmart steps out of Jet’s way and continues to embrace Jet’s culture of innovation. For the most part, Jet post-acquisition is the same as it was before. We still do Hackathons and we still have a costume contest on Halloween.

Sonsev: How else is Walmart leveraging the Jet team and culture to transform the core business?

Landsman: To start, Sam Walton [founder of Walmart] and Marc Lore’s [CEO of Walmart.com] values are very aligned: both believe in constant focus on innovation, putting the customer first, and being good stewards of the community in which they operate.

Walmart was already investing heavily in innovation before acquiring Jet, like early drone delivery testing and supply chain optimization. With the acquisition of Jet, Walmart accelerated its innovation efforts and leveraged some of Jet’s best practices. One example, something standard to most startups but foreign to traditional retailers, Walmart.com initially started using Slack (a communication tool Jet uses extensively) to connect the ecommerce teams across the country. Walmart has since also invested in Workplace by Facebook, with the idea of having instant digital communication channels remaining a core part of the culture.

In addition to promoting Marc Lore from CEO of Jet to CEO of Walmart.com, Walmart.com also brought over a number of the Jet executives, including: Sumaiya Balbale, VP, mobile and digital marketing at Walmart; Nate Faust, head of supply chain, Walmart US eCommerce; and Scott Hilton, chief revenue officer, Walmart US eCommerce. And these folks retain very active voices; they aren’t getting lost in the shuffle, but rather, are making meaningful contributions that actually transform the core digital business at Walmart.

Sonsev: What are some changes at Walmart that have been inspired by Jet, and vice versa?

Landsman: Earlier this year, we announced “associate delivery” at Walmart (store associates on their way home delivering products to customers), something Jet was exploring pre-acquisition. Since Walmart stores are within 10 miles of 90% of the U.S. population, leveraging associates to deliver packages enables consumers to get packages faster and cheaper, while empowering associates to earn more money.

Jet’s also touching Walmart’s ecommerce business. Walmart’s taken Jet’s “smart cart” thinking and applied it to its own model, offering customers choices and a level of transparency into the cost drivers of ecommerce they don’t get anywhere else. For example, Walmart now charges customers less if they pick up certain items in-store versus having them delivered.

There’s also a lot of cross-training happening between teams. Category specialists (merchandising and sourcing) are now able to tap into the buyers at Walmart for supplier relationships and advice. Jet is also leveraging the scale and merchandising expertise from the Walmart side when deciding what products to carry. When Jet launched Uniquely J, its new private label brand last month, the Walmart supplier network gave Jet a broader array of options for those products.

Finally, Walmart Labs (the tech arm within Walmart) now vets technology that can be leveraged across the various Walmart digital properties (Walmart.com, Jet, Bonobos, ModCloth, etc). For example, Jet had Android and Apple pay, but not PayPal. Walmart had PayPal, so now the team is integrating all payment options, a big win for everyone across the board.

It’s not easy to both empower a startup to retain its startup-ness while effectively leveraging its leadership and best practices to transform the newly joined company. Yet, somehow, Walmart has done it. Now that it’s over the momentous make-or-break post-acquisition hump, it seems as if Walmart will continue to innovate and give Amazon a run for their money.